How to choose the right chain and cable

UFA in your Field

Get Your Fuel Card

How to choose the right chain and cable

Design options to suit your every need

From trusses to exterior finish, UFA buildings offers a number of design options to help ensure your structure matches your vision.

All Truss Design in Alberta for farm buildings must meet the requirements of the National Farm Building Code 1995. Trusses are a more complicated issue than one might imagine. That’s because the 1995 National Farm Building Code of Canada has a loophole in its wording that allows for a significant reduction in snow load (to less than 60%!) under certain vague conditions. It’s a loophole that can lead to many potentially under-designed structures that may not be able to handle normal climactic loads, but allow any builder to say they’ve met minimum requirements for the roof system.

To that end, UFA Buildings has four hard and fast rules for the trusses we use in our projects.

UFA requires all farm trusses be designed to meet the current climatic data set out by the building codes of each province, not 1995 climatic loads allowed by National Farm Building Code . So whether you’re building in Alberta, British Columbia, Saskatchewan – or wherever you are – we will ensure that the truss design is built to current loadings.

We require that all trusses 4/12 slope and less, whether for farm, residential or commercial purposes, are designed for non-slippery finish. Allowing the truss designer to use slippery roof material reduction (Metal Cladding) means that snow must slide from your roof and if for any reason it does not then you must physically see that it is removed and not allow any buildup to occur.

Also requires that the roof have no obstructions such as chimneys, valleys, intersecting ridge lines, different roof slopes, snow stops or other such obstructions that will in any impede the slide of snow. This rule eliminates the need for someone to physically clear snow from any roof we build unless we are subjected to an extreme snow event. 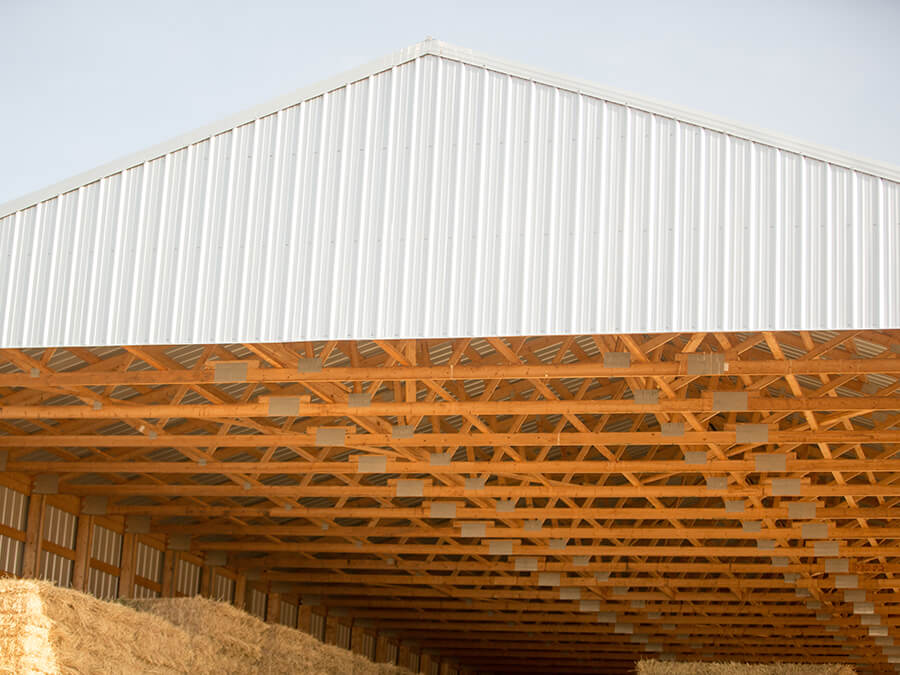 3. Build for the future

The 1995 National Farm Building Code say that snow load design can be reduced if the building can be windswept – that is, if there are no obstructions allowing wind to blow snow clearly off the roof.

It’s a nice idea, but it fails to account for a nearby shelterbelt, for example, which can cause major drifting of blown snow, or a taller neighboring building going up in later years, or the simple fact that roofs are much wider now than they were in 1995, when the code was written. Roof must be free of any obstructions that are taller than the building roof by a distance equal to 10 times the building ridge height and wind must be fully capable of seeing that all blown snow is clearly deposited on the ground around building not another portion of the roof.

UFA requires all trusses to be constructed to “non-windswept” design.

UFA will only permit Windswept and Slippery Roof design Roof Trusses to be supplied for your building if you the customer fully understand the risk involved and accept such reductions in writing and in so doing also understand the impact on our 5 year materials and labour warranty. Buildings constructed under the Seal and Inspection of an engineer can have these reductions permitted if such reduction is stated in writing on the Building Construction Drawings.

UFA Buildings ensures that all permanent roof bracing, including that not shown on truss drawings, is installed to properly transfer all loads from the roof system to the wall system and, ultimately, to the building’s foundations. We also ensure that the truss to wall system is built as required to meet the uplift loads that wind can generate on a building.

To give you the best selection, we work with a number of leading manufacturers to bring you the best in window and door options. 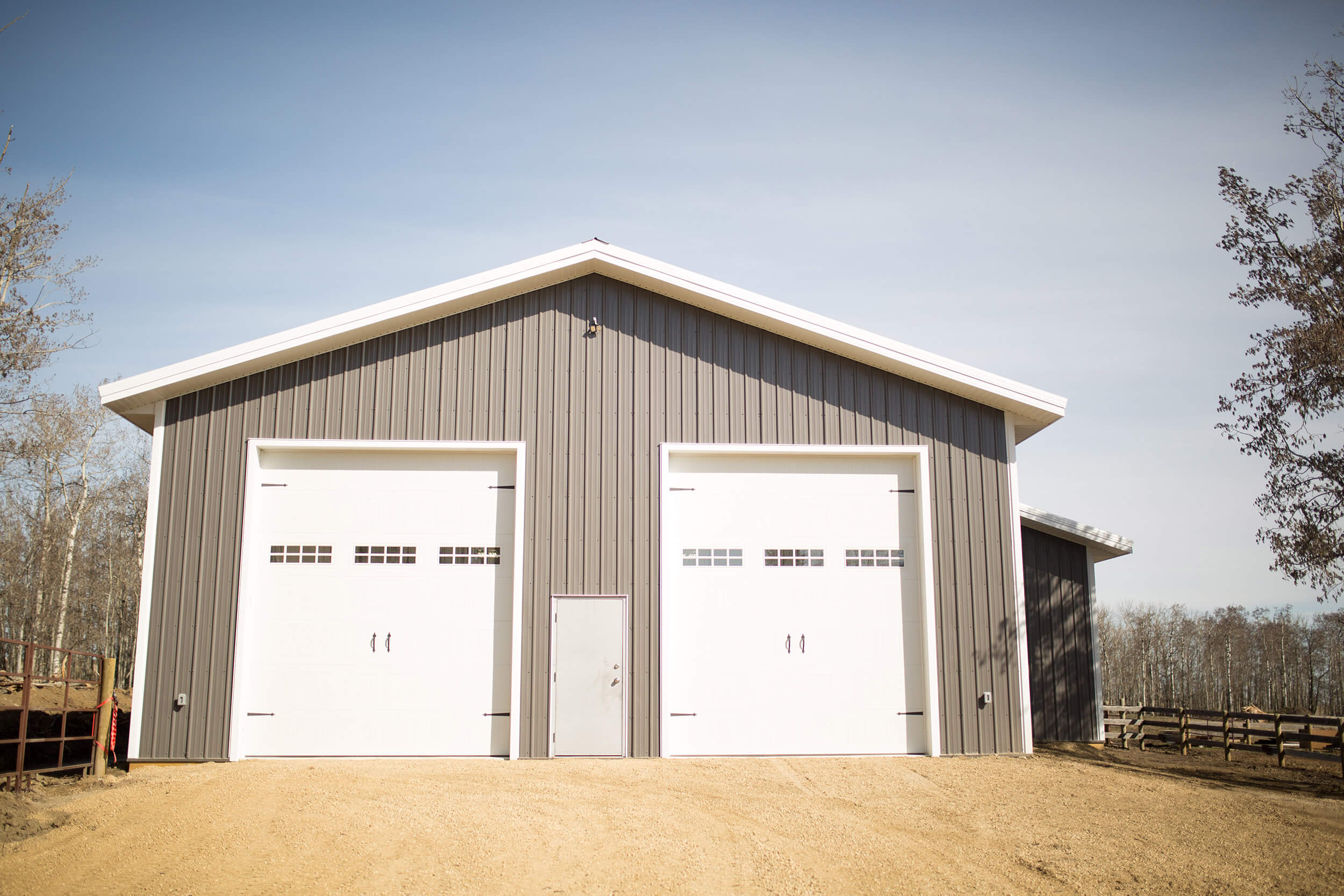 Whether your building is for farm use, residential or commercial, we can connect you to quality suppliers to complete your inside look.

So, you’ve always wanted a bright red roof on the shed so people can find the place more easily We can do it. UFA works with Westform Metals for exterior finishes that shine. A family business, Westform has over 34 years experience covering agricultural, residential and commercial buildings. With over 30 colours to choose from, and a growing list of specialty colours, you will find exactly what you want to make your new build stand out – or not, it’s totally your call!

Set your location to show prices and availability

UFA.com uses your location to give you up-to-the-minute pricing and availability in your area.